“And that Charlie Brown, is what Christmas is all about.”

There are a lot of great things about being a Realtor.  As an independent consultant a Realtor can make their own hours (usually very long hours), work the days they want (usually all days that end in Y), and enjoy basking in the glamor of if all (like running across the highway dodging cars to put out Open House signs).   Actually,  real estate is hard work, long days, and lots of hustle.  But for those that are willing to put in the hard work it can be a very gratifying and lucrative profession.

One of the reasons I made a career change and became a realtor was to get closer to the community I live in.  As a business consultant I had similar independence.  But I traveled throughout the San Francisco Bay Area with long commutes and no real connection to the communities I worked in.   As a Realtor I work in the community I live in and serve those people that also live, or will live, in my community.  Working with and helping people in my community is important to me and something that brings me great satisfaction!

This brings me to Richard…

Richard is a vibrant and energetic octogenarian and widower. I was instantly endeared to him from the moment we met at his home in Sonora, CA to talk about putting his home up for sale.  We spent more time talking about life than real estate during that first meeting.  He showed me around his home and property and I took notes and asked questions.  Then he patiently and attentively listened to my listing presentation.  But Richard was already “sold” on me before he met me because I was a referral from someone he knew and trusted.   This is always the ultimate compliment for me as someone who strives to create the best possible experience for my clients.

When you buy or sell a home there are a lot of documents to sign, especially here in California.   It is very common to use DocuSign for electronic signatures. It’s convenient for all parties and creates a soft copies of all the documents that need to be distributed to the various parties of a real estate transaction. But Richard’s preference was to us an old fashioned pen; or what’s referred to as “wet signatures”.  It’s much less convenient than DocuSign, takes a lot more time, and requires a lot of face-to-face interactions.  As it turned out my many trips to Richard’s house for signature sessions made selling his home one of the most enjoyable real estate transactions I’ve conducted!

Before, during, and after signing various documents Richard shared a lot about his life with me.  His stories were engaging, entertaining, and sincere.  As we looked through his home and the items he needed to clear out he shared stories of artifacts he had collected over the years.  Richard is a collector of things and most of them have a story!  Through his stories and recollections I learned a lot about this gentle soul of a man.  Talk about connecting with my community!…

But Richard was selling his home in order to move to his new community in Florida. And this is the greatest of all his stories….

A few years ago a relative suggested that Richard get a smart phone.  He wasn’t sure why he needed a smart phone but he would soon find out.  Richard bought a phone and he created a Facebook account.   He told me that over the years he had thought about a girl he knew in high school in Ohio over 60 years ago. They dated for a few months in their junior year and, like many high school sweethearts, lost touch.   So Richard with his new smart phone searched for her on Facebook, found her, reconnected, and began a new relationship.  They bought a house together in Florida and then COVID hit.   So he stayed in Sonora and she lived in Florida.  They spoke on the phone every and he sent her flowers frequently.  As he shared all of this with me he had the sweetest smile on his face.  It was time, he said, to sell his home in Sonora and get on to Florida to be with his sweetheart.

Richard was not planning on taking much with him.   All his furniture was staying with the home.  Most of the things he had collected over the years would be given away, donated, or thrown out.   Richard had 30 years of living in his Sonora home to get rid of.  Although he never seemed overwhelmed he seemed concerned that he would not be able to get it all done in time.   I think in a large way he didn’t want to disappoint me and not do a good enough job of getting the house ready to sell.  So I told Richard and reminded him each time I saw him to keep his eye on the target.  The target was getting off the plane in Florida and back into the arms of his high school sweetheart and onto their new life together in Florida.  That made him smile each time I said it.  And it made me smile too.

And that brings me back to the opening quote of this post.

There is a scene in the 1965 animated television special called A Charlie Brown Christmas, where Linus provides a deep and passionate monologue about  Christmas to Charlie Brown.  At the end of his monologue Linus says, “And that Charlie Brown, is what Christmas is all about.”.

That quote resonates when I think  about Richard and what I strive for in real estate.  Adapted with a bit of poetic license, I say “And that Charlie Brown, is what Real Estate is all about!” 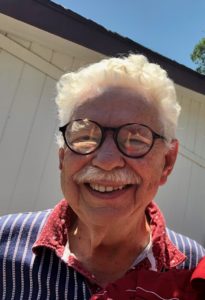