Single family home sales in Tuolumne County continued to outpace new listings in January as the market continued to shift to favor sellers.  At least for now…

If this trend continues, expect to see upward pricing pressure.  Average sales prices (ASP) continued a slight trend downward in January  ($339,000 versus $346,000 in December) while the three month average of number homes sold decreased to 170 compared to 187 in December.   Average Days on Market remained flat at 108 days in January.  Inventory held steady in January at 3.7 months based on number of active homes for sale compared to homes sold during the previous three month period.

As spring nears expect to see more homes come on the market.  As with last month, seller’s able and willing to list sooner than later can take advantage of less competition and a potential upward trend in average sales price. 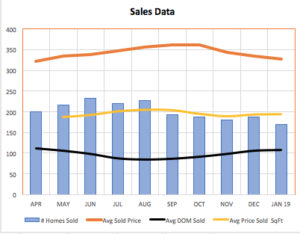 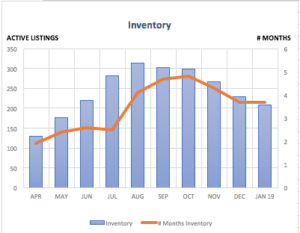